This search form uses an instant search feature. As you type, search results will appear automatically below the search field. When you've entered you desired search terms use tab to navigate through the available results and hit enter to open the selected page or document.
EDIT LEFT

Map of Safe Places for Children

If the need arises for the school(s) to be closed, start late, or end early due to inclement weather or other emergency the following communication vehicles will be utilized:
- alert local media via FLASHALERT
- email and voicemail broadcasts
- district website news feed update

School closure and length of closures are determined by the School District Superintendent. Decisions will be broadcast beginning at approximately 6:00 a.m. Early dismissals will be communicated as early as possible. 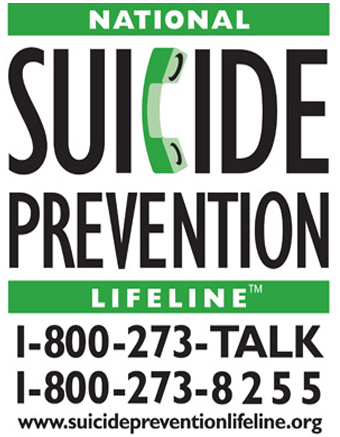 Safety: What Parents Can Do

what to do in an emergency

The safety of our students is priority #1. We review our safety and emergency procedures annually, looking for opportunities to refine and improve practice. We strongly encourage families to familiarize themselves with the district-wide SRP (Standard Response Protocols).

A critical ingredient in the safe campus recipe is the uniform response to an incident. Weather events, fires, accidents, intruders and other threats to student and staff safety are scenarios that are planned and trained for by campus administration.

STANDARD RESPONSE PROTOCOLS ARE based on these four actions

LOCKOUT is followed by the Directive: "Secure the Perimeter" and is the protocol used to safeguard students and staff within the building.

LOCKDOWN is followed by "Locks, Lights, Out of Sight" and is the protocol used to secure individual rooms and keep students quiet and in place.

EVACUATE is always followed by a location, and is used to move students and staff from one location to a different location in or out of the building.

SHELTER is always followed by a type and a method and is the protocol for group and self protection.

In the event of an emergency, the action and appropriate direction will be called on the PA.

Circumstances may occur at the school that require parents to pick up their students in a formalized, controlled release. The process of controlled release is called a reunification and may be necessary due to weather, a power outage, hazmat or if a crisis occurs at the school. The Standard Reunification Method is a protocol that makes this process more predictable and less chaotic for all involved.

Parents may be notified in a number of ways. The school or district may use its broadcast phone or text message system. In some cases, students may be asked to send a text message to their parents. A reunification text message from a student may look something like this: “The school has closed, please pick me up at 3:25 at the main entrance. Bring your ID. “

What if a Parent Can’t Pick-up Their Student?

When a parent can’t immediately go to the reunification site, students will only be released to individuals previously identified as a student’s emergency contact. Otherwise, the school will hold students until parents can pick up their student.

What if the Student Drove to School?

There may be instances where a student may not be allowed to remove a vehicle from the parking lot. In this case, parents are advised to recover the student. In some circumstances, high school students may be released on their own.

For students, the school asks that students be orderly and quiet while waiting. Students may be asked to text a message to their parents or guardians. Students are also asked not to send other text messages either in or out of the school or reunification area. Keeping the cellular network usage at a minimum may be important during a reunification.

For parents, there are a couple of steps. If a parent is driving to the school, greater awareness of traffic and emergency vehicles is advised. Parents should park where indicated and not abandon vehicles. Parents are asked to go to the Reunification “Check In” area and form lines based on the first letter of their student’s last name. While in line, parents are asked to fill out a reunification card. This card is perforated and will be separated during the process. Some of the same information is repeated on both the top and separated bottom of the card. Parents are asked to complete all parts of the card.

In the case of multiple students being reunified, a separate card for each student needs to be completed.

Bring ID to Check In

During check in, identification and custody rights are confirmed. The card is separated and the bottom half given back to the parent.

From the “Check In” area parents are directed to the “Reunification” area. There, a runner will take the bottom half of the card and take it to the Student Assembly Area to recover the student or students.

Parents should be aware that in some cases, they may be invited into the building for further information.