This search form uses an instant search feature. As you type, search results will appear automatically below the search field. When you've entered you desired search terms use tab to navigate through the available results and hit enter to open the selected page or document.
Ridgefield's First National Merit Scholar Finalist in Seventeen Years
Marie Bouvier
Monday, June 24, 2019

Until now, Ridgefield High School only had six National Merit Finalists in its entire history.  And this year, Ian Abrams became the seventh.

The last time Ridgefield had a National Merit Scholar, George W. Bush was president and the Oscar for Best Picture went to A Beautiful Mind.  It has been so long because the achievement is so challenging.

This year, about 1.6 million students took the Preliminary SAT (PSAT).  Semifinalists are the highest-scoring students in each state and represent the top 0.5% of the state’s senior students.  And of that number, only the highest achieving students are selected as National Merit Scholars.  Finalists have to submit applications that list academic record, extracurricular achievements, awards, and leadership positions to be admitted to the elite group. 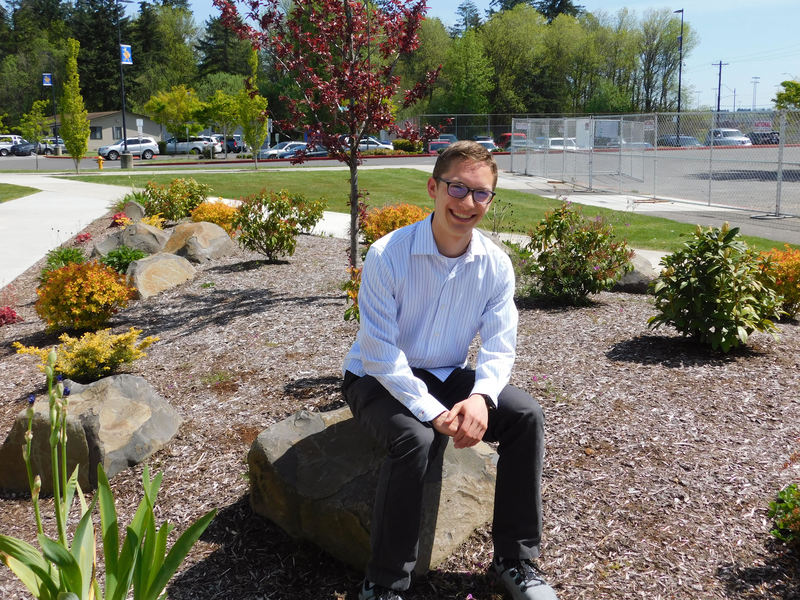 Ian Abrams is one of only seven National Merit Finalists in Ridgefield High School's history.

When Abrams became a semifinalist, the notification was lost in the mail.  He found out he was a semifinalist by reading it in the newspaper.  But when he became a finalist, he actually received the letter.  “I came home and my mom had the letter.  She said, ‘Well, I might have read it through the envelope,’” Abrams laughed.  “She was pretty excited.”

Abrams had a busy senior year.  He was president of the Associated Student Body (ASB), captain of the cross country team, a team member in Knowledge Bowl, and leader of the Peer Tutoring Program through the National Honor Society.  This fall, he is leaving high school behind and heading to Brigham Young University.  He plans to study biochemistry and hopes one day to help contribute toward finding a cure for Alzheimer’s.

Abrams credits his parents for helping him strive for success.  “My parents have taught me to work hard.  And as I’m doing everything, I’m looking toward the future, how this education will help me to serve people better.”

The Reflector newspaper wrote a profile on Abrams.  The article is available online at https://bit.ly/2IqxJAj.