This search form uses an instant search feature. As you type, search results will appear automatically below the search field. When you've entered you desired search terms use tab to navigate through the available results and hit enter to open the selected page or document.
Earth Day is Monday, April 22nd
rsd
Sunday, April 21, 2019

Monday, April 22nd is Earth Day – a global event to celebrate Mother Nature and put environmental issues in the spotlight.  About a billion people worldwide commemorate Earth Day each year by signing petitions, planting trees or cleaning up their neighborhoods.

U.S. Senator Gaylord Nelson founded the idea for Earth Day after seeing the devastation caused by the 1969 Santa Barbara oil spill, which killed more than 3500 birds off the coast of California. 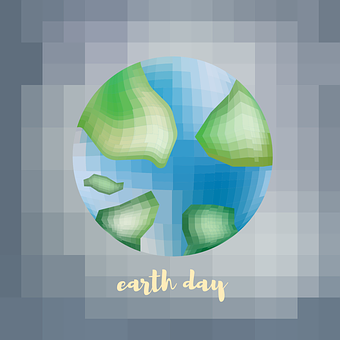 The first Earth Day, April 22, 1970, was marked by 22 million Americans who marched to protest against damage done to the environment.  That event led to the creation of the United States Environmental Protection Agency and the passage of environmental legislation.  Since then, Earth Day has spread worldwide and is now celebrated in more than 190 countries.

This year’s theme is 'Protect Our Species' and raises awareness to the rapid extinction of species across the world, which is directly linked to human activity—the cause of climate change, deforestation and pollution.

The Earth Day Network – which runs Earth Day – says 40% of the world's 11,000 bird species are in decline, and 75% of the world’s coral reefs are under stress.  To slow the extinction rate, supporters are taking actions such as going vegetarian or avoiding the use of pesticides and herbicides.

People can do a number of things to tackle climate change and protect the environment to save species across the world.  Here are just a few:  switching sunscreen to protect coral, participating in a beach cleanup, reducing their plastic waste, planting trees, switching to reusable bags or creating a bee-friendly garden.  Other ways include using public transportation to cut emissions, buying energy-efficient appliances and electronics and supporting sustainable fisheries.