This search form uses an instant search feature. As you type, search results will appear automatically below the search field. When you've entered you desired search terms use tab to navigate through the available results and hit enter to open the selected page or document.
A Look Back: National Geographic World Brought Ridgefield Students to Mount St. Helens Blast Zone
Marie Bouvier
Monday, May 20, 2019

Thirty-nine years ago, on May 18, 1980, Mount St. Helens erupted.  For years after the eruption, some areas around the volcano were off limits to the public.  When National Geographic World, a magazine for young people, wanted to visit and take pictures of students in the blast zone, they called ahead to find area students who would be willing to go.  Allene Wodaege, who was a coordinator for the nearby Cispus camp at the time, was happy to help.  She coordinated a group of Ridgefield students to take a bus up the mountain with the writer and photographer. 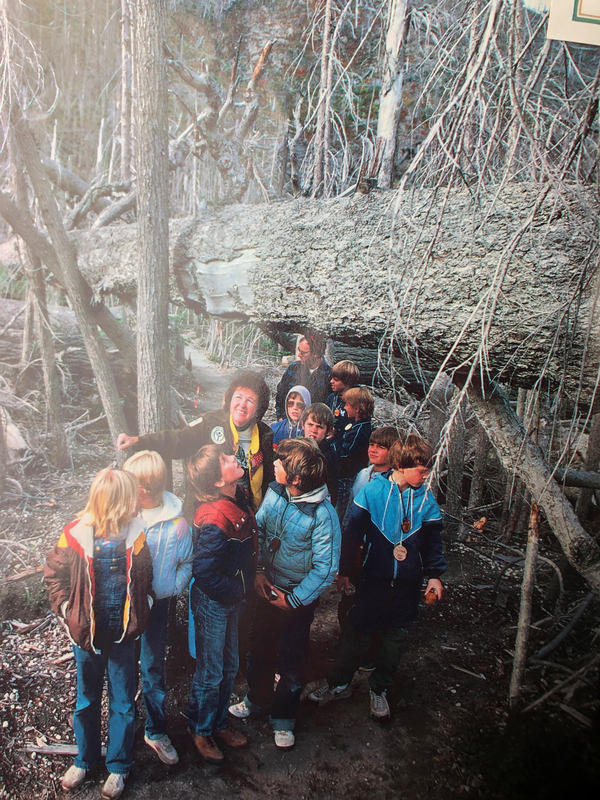 This National Geographic World photo shows Wodaege and students in the restricted area of blast zone a few years after the Mount St. Helens eruption.

“No one could go up,” she explained.  “It was closed.  It was really closed at that time.”  She worked with the principal and with fifth grade teacher Ron Ward to get a bus and several students to accompany them on the journey.  The National Geographic photo with Wodaege and the students looks like a black and white picture with only the children’s clothes in color; even many months after the eruption, the entire area was dead and covered in ash.

Teacher Ron Ward took the students near Meta Lake to observe the wildlife that had lived through the blast.  Wodaege said, “Because the lake was covered with ice and snow when it blew, it didn’t kill everything in the lake and around it.  But you can see how devastated everything was.  Ron Ward came up with little tasks that the kids could do while they were up there so they could have a learning experience.”  The photos show students Nathan Schwarz and Troy McIntyre holding a crawfish they found in the lake, and Ward taking water samples.

The Columbian newspaper arranged a meeting between Ward and Wodaege, more than 35 years after their trip with the students.  The article by Jeffrey Mize features Wodaege and Ward, celebrating their shared experience and the anniversary of the eruption.  The article can be found at:  https://www.columbian.com/news/2019/may/18/journey-to-the-blast-zone/

Wodaege has been an outspoken advocate for the importance of Cispus Outdoor School and outdoor learning for nearly fifty years.  While some people might have seen danger taking students so close to an eruption zone, she saw a chance to learn about how nature recovers from a once-in-a-lifetime natural event.  Each year, she took students to Cispus outdoor school, not far from Mount St. Helens, to study the ecosystem and its changes.  “I said, ‘It’s a learning experience; it’s going to be wonderful,” Wodaege said.  “And it was.” 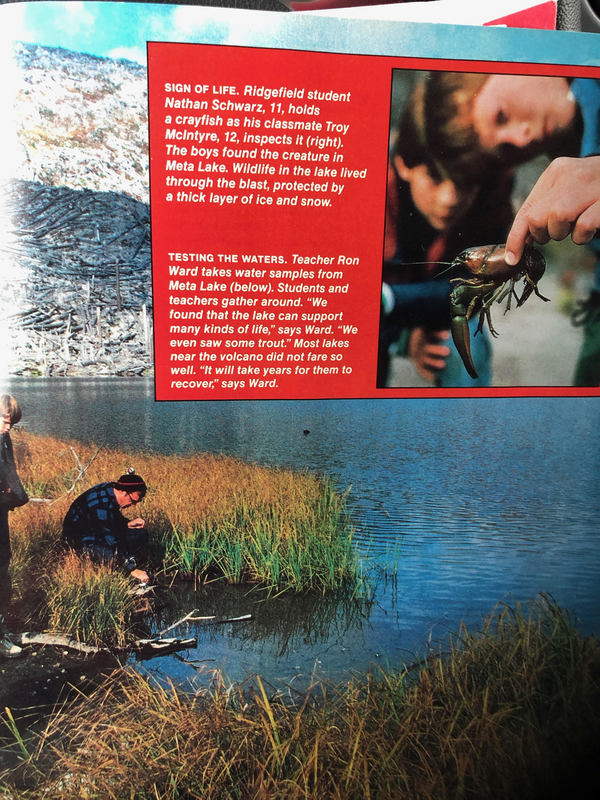 National Geographic World photo showing Ron Ward and students studying the wildlife in Meta Lake, which had been protected by a thick cap of ice. 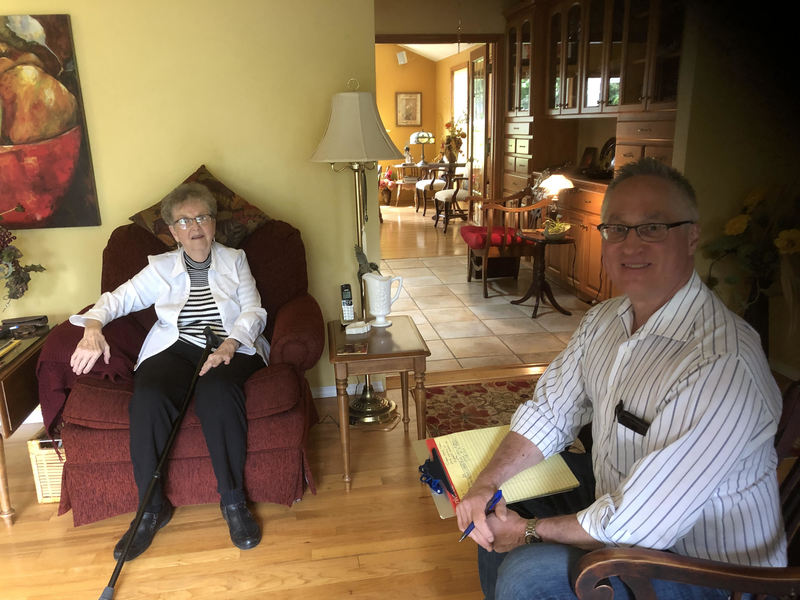 Allene Wodaege speaks with Jeffrey Mize of The Columbian about her trip with students to the blast zone on Mount St. Helens.