This search form uses an instant search feature. As you type, search results will appear automatically below the search field. When you've entered you desired search terms use tab to navigate through the available results and hit enter to open the selected page or document.
Knowledge Bowl: An Athletic Event for the Mind
Marie Bouvier
Monday, June 24, 2019

How quickly can you answer these questions?

If you can answer within seconds—and ring in faster than your competitors—you might be a candidate for middle school Knowledge Bowl.  (The correct answers are 37 and 41, men’s, and bird.  And the View Ridge Middle School team got them all right.)

The Knowledge Bowl team at View Ridge Middle School had a winning year, earning a place at state Knowledge Bowl.  When they couldn’t attend the state competition, they continued to practice with coach David Jacobson—after school, on their own time. 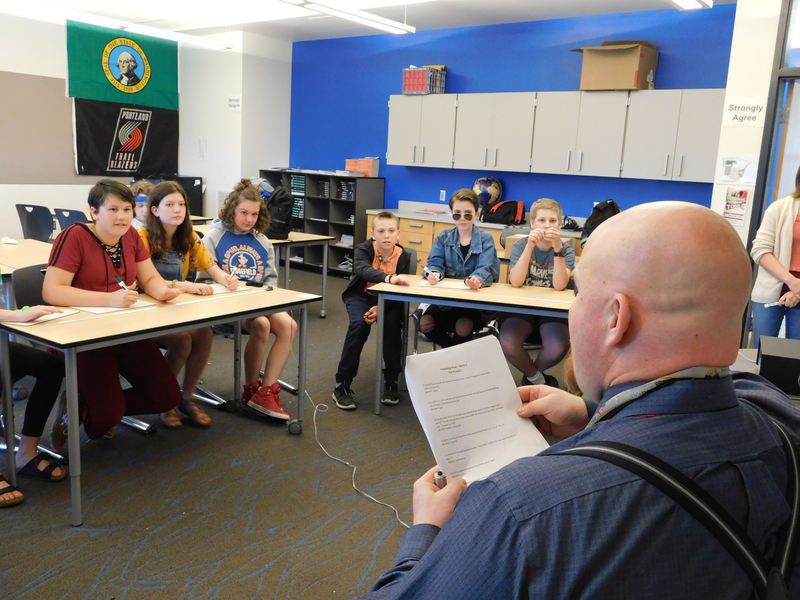 Teams of Knowledge Bowl students get ready to buzz in with the right answer.

Jacobson is an experienced competitor; his high school Knowledge Bowl team won their state competition and went to nationals.  “It’s cool getting to take some of the stuff I learned in high school and share it with these kids to give them that edge,” he said.  “Of course, they’re already so smart to begin with.”  Jacobson isn’t kidding; these kids have answers on an incredible range of topics.

Jacobson divided the students into three teams for practice.  They waited for the questions, hands hovering over buzzers, ready to ring in.  Jacobson usually didn’t get a complete question out before someone buzzed in with an answer.

“Identify the sea nymph who detained Odysseus. . .”  A team rang in with the correct answer (Calypso) before Jacobson finished the question.  “. . . on her island of Ogygia for seven years before releasing him.”

“Give the name of the U.S. President who uttered these words during his inauguration speech:  “The only thing we have to fear. . . “   Another team rang in with the correct answer, Franklin Delano Roosevelt.  “For fake extra credit,” Jacobson said, “what year did he say that in?”  Instantly, they answered:  1933.  Jacobson, a history teacher, beamed with pride.

When the students were asked what their favorite part of Knowledge Bowl was, there were a lot of different answers.  “Winning every single match!”  “Singing Queen songs on the bus.”  And finally, snacks.  “Mr. Jacobson gave us snacks, brain food.  The first meet we won by just a little bit.  Then he gave us walnuts, chocolate chips, sunflower seeds, blueberries, and green tea.  And we won every single meet after.”  There’s a training diet for Knowledge Bowl?  Pass the sunflower seeds.

The award for one of the Knowledge Bowl team's many wins this season. 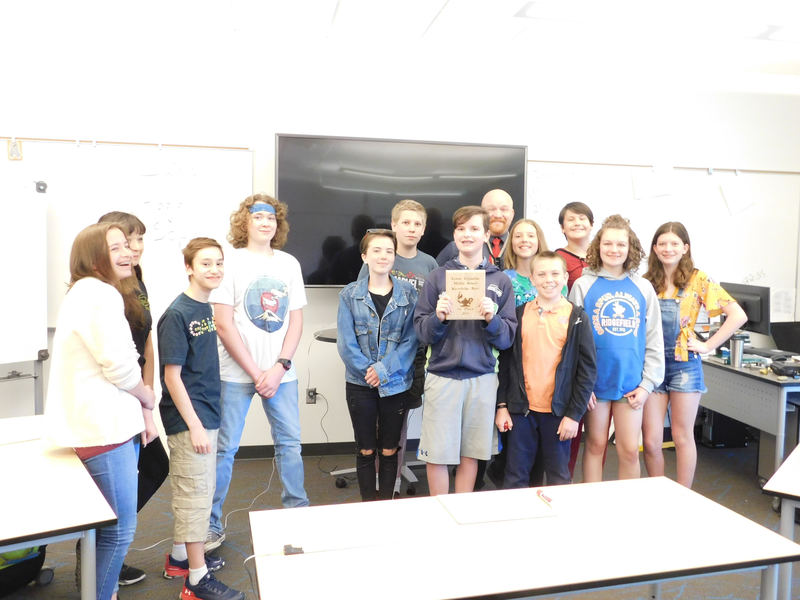