This search form uses an instant search feature. As you type, search results will appear automatically below the search field. When you've entered you desired search terms use tab to navigate through the available results and hit enter to open the selected page or document.
Ridgefield Students First to Cross New Wildlife Refuge Bridge for Tree Planting Project
Marie Bouvier
Friday, December 13, 2019

Since 1960, an old, single-lane wooden bridge has carried traffic to the Ridgefield National Wildlife Refuge.  But now a wide concrete span arcs high above the old bridge, ready to serve the Refuge for decades to come.  And the first vehicle to cross it was a school bus of students from South Ridge Elementary and Ridgefield High School.  The students were on their way to a tree planting project at the River S Unit—but they stopped to do a quick ribbon cutting on the way.

In the center of the new bridge, representatives from the Refuge, Ridgefield’s City Council, the U.S. Fish and Wildlife Service, the Western Federal Lands Highway Division, construction contractor Ceccanti, the Sevier family (the original owners of the land), and other citizens stood for a short ceremony.  After eleven years of planning, the bridge was opening to traffic for the first time.  Kevin Forester, regional chief for the National Wildlife Refuge System, welcomed the students.  “That’s our future there behind us, the kids,” he said.  “They’re going down and planting trees today, so they’re going to be the first ones to officially cut the ribbon and come across the bridge.”

The students filed off the bus and lined up behind a double row of caution tape.  On cue, they cut the ribbon to open the bridge, and the crowd cheered.  Eric Anderson, the Refuge’s acting project leader, told them they could take a piece of ribbon home with them as a keepsake if they wanted.  “I’m not using it again,” he joked.  “So it’s all yours.” 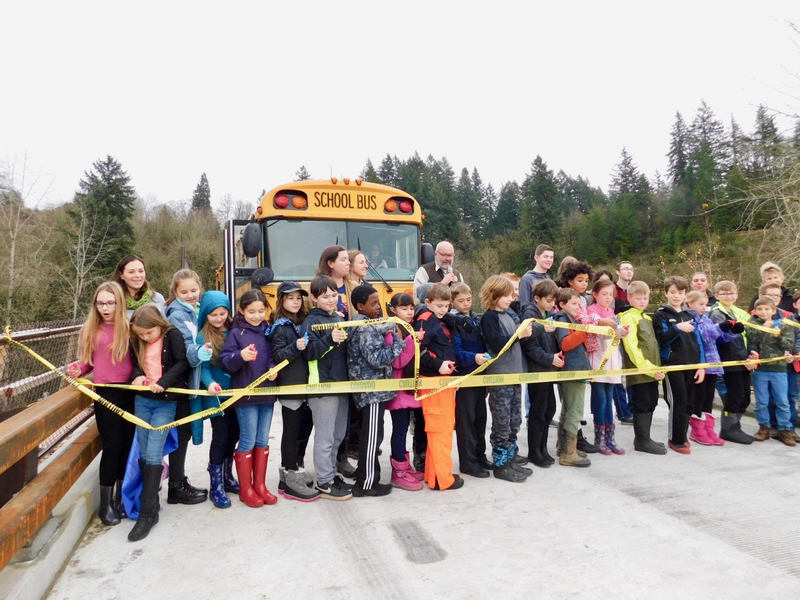 Students from South Ridge Elementary and Ridgefield High School cut the ribbon for the new bridge. 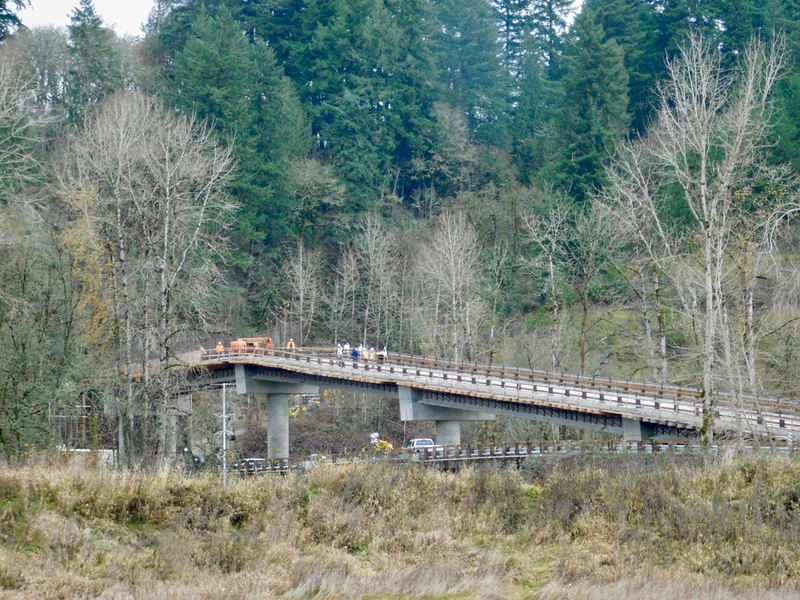 The new bridge to the River S Unit at the Ridgefield National Wildlife Refuge arcs over the old, one-lane wooden bridge.

Then the students re-boarded the bus to head toward the Kiwa Trail.  Jackie Bergeron’s fourth grade class researched the yellow-billed cuckoo as part of their project-based learning.  The yellow-billed cuckoo population has declined significantly in the northwest, and the students wanted to see if they could help change it.  The tree planting would help restore the cuckoo’s preferred habitat.

Bergeron’s class was joined by the officers from a new environmental awareness organization from Ridgefield High School, International Teens Upholding Nature Association (iTuna).  Together, they learned from the park rangers how to plant the trees, gently separating the tree roots out, covering the area with weed cloth, staking the tree so it would stand straight, and caging the tree to protect it from hungry animals.  Soon the students were all working in teams, planting trees on their own.

Bergeron plans to make this an ongoing project.  “This is a project that we’re going to do for years.  This is the first class.  In the spring, they’re going to make new cuttings that we’re going to grow.  Then my next class will come and plant those.  So the idea is to truly be a part of helping restore this habitat back to what it natively should have been.”

The students got some close-up views of native wildlife as they worked, with a whitetail deer crashing through the blackberries nearby, birds chirping overhead in the tree canopy, and tiny green chorus frogs hopping near the tree plantings.  They hope that with the new trees, the yellow-billed cuckoo will one day rejoin the rest of the wildlife by the Kiwa trail.  In the meantime, they know the plantings will be there for the wildlife that lives at the Refuge—and that they had a part in helping protect it.

Students worked with park rangers to plant trees by the Kiwa Trail, restoring the native habitat. 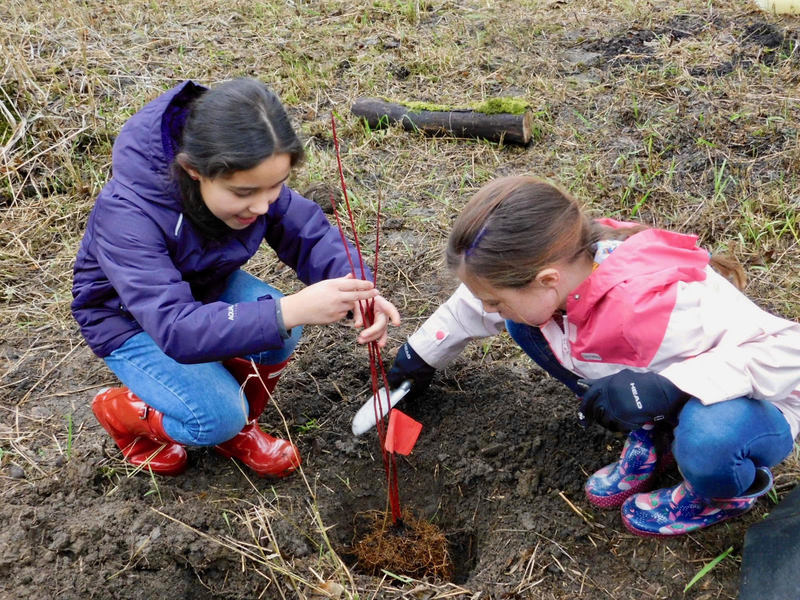