This search form uses an instant search feature. As you type, search results will appear automatically below the search field. When you've entered you desired search terms use tab to navigate through the available results and hit enter to open the selected page or document.
Union Ridge Elementary Students Create Arcade Games from Recycled Materials
Marie Bouvier
Tuesday, January 21, 2020

The classroom is filled with arcade games.  But there are no video screens or digital beeps, just the voices of kids having a lot of fun.  Every arcade game has been handmade by a second-grade student.  And they did it all from recycled materials.

Sara Eastham’s second grade class participated in the Global Cardboard Challenge, inspired by the short documentary Caine’s Arcade.  A nine-year-old boy, Caine Monroy, spent the summer designing and building an elaborate cardboard arcade in his dad’s auto parts store in Los Angeles.  A filmmaker made a documentary about the arcade that went viral.

The film led to the Global Cardboard Challenge, where students all over the world create new things using cardboard, recycled materials, and imagination.  Eastham’s class uses the challenge as a STEAM (Science, Technology, Engineering, Art, and Math) project, teaching the students to be creative, think outside the box, and independently solve problems.

Students and their families spent three weeks creating arcade games from boxes and bottles, paper towel tubes and milk cartons, old toys and twine.  The results were amazingly creative, with a wide variety of game types.  Students made skeeball and bowling lanes, claw machines and mazes.  One student made a wooden catapult to launch plastic frogs onto targets. 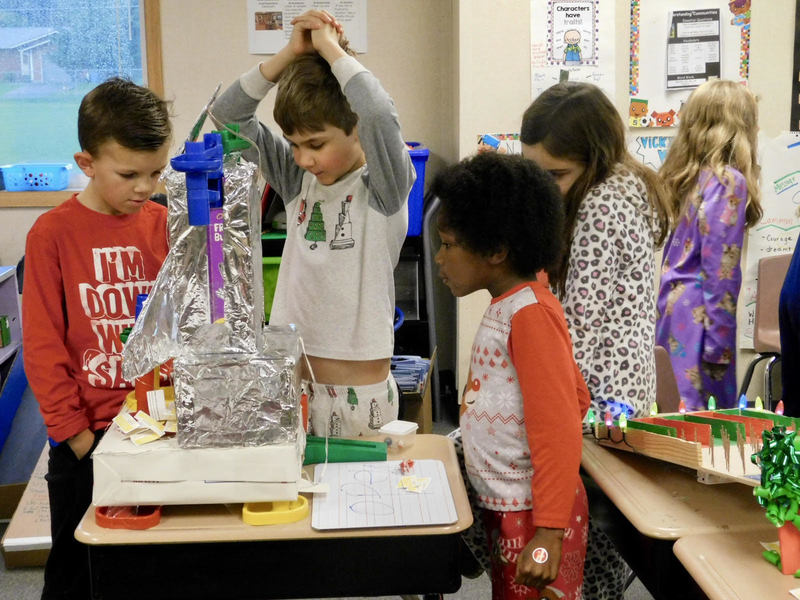 Students watch a ball roll through a maze of tubes and boxes.

“The students had to plan, engineer, create rules, and decorate their projects,” Eastham said.  “Presenting the games (other students play the games) gives them a sense of accomplishment and gives them ideas on how to improve or create another.  And they had a blast!”

They were definitely having a great time testing each other’s games.  Cheers went up by the frog catapult as a student got a high score.  Then more excitement by the skeeball.  “This is the most fun I’ve had at school!” one student said.  “I can’t wait to make another game!”

To watch the great documentary and learn more about Caine’s Arcade, visit http://cainesarcade.com/ 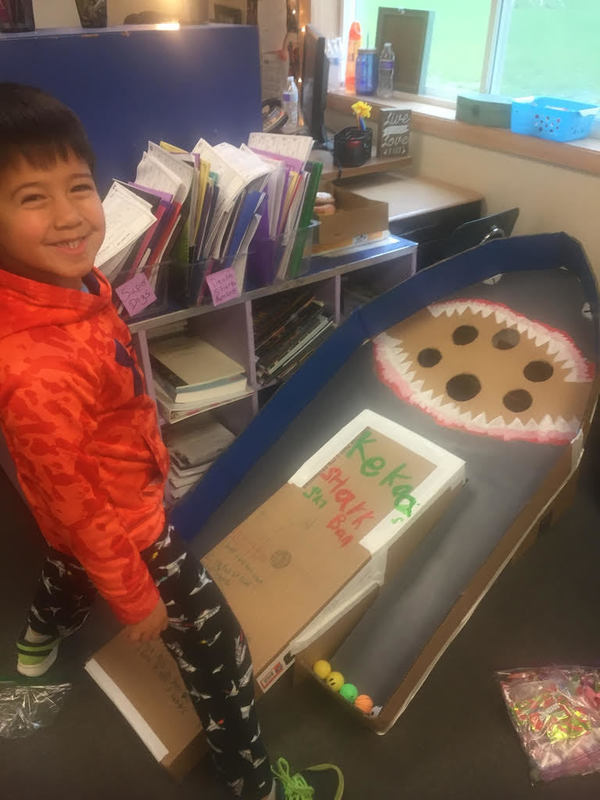 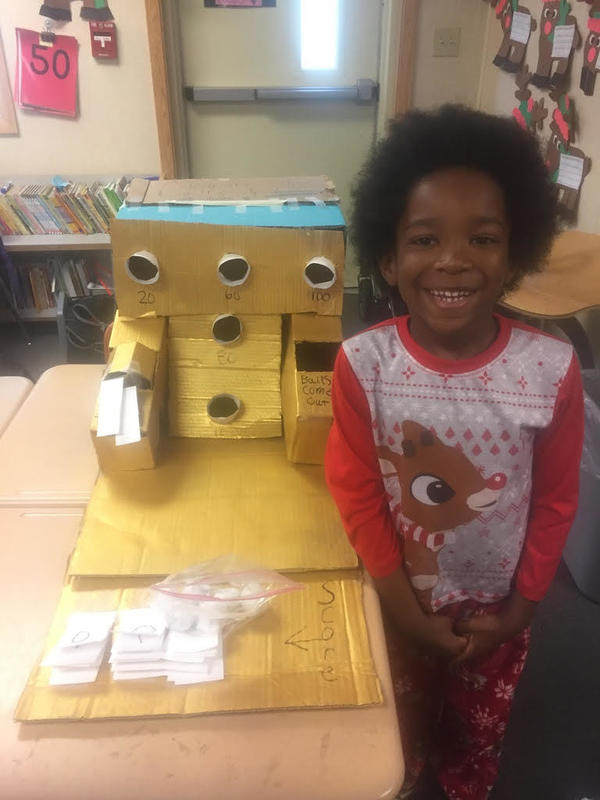 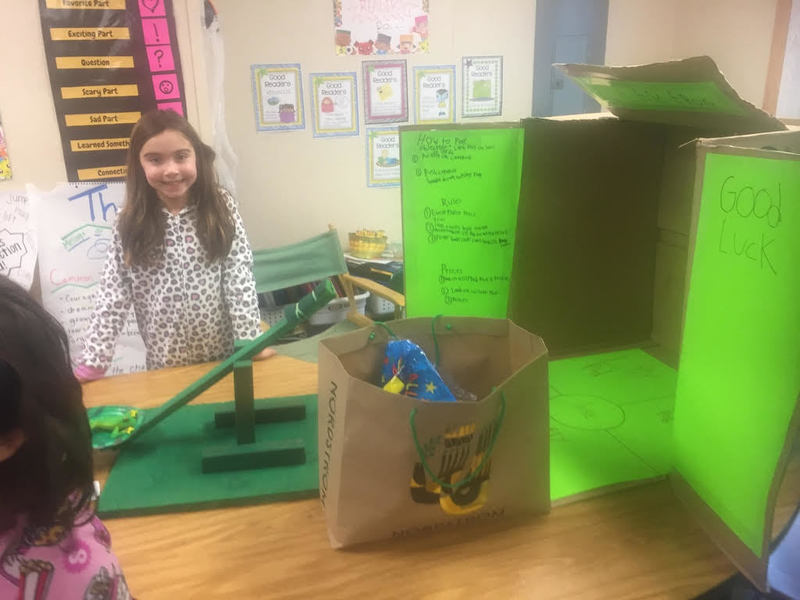