This search form uses an instant search feature. As you type, search results will appear automatically below the search field. When you've entered you desired search terms use tab to navigate through the available results and hit enter to open the selected page or document.
Ridgefield Teacher Creates Choir "Concert" from Student Videos
Marie Bouvier
Monday, January 04, 2021

Some classes are a challenge to teach online, and choir is one of them.  It’s harder to hear how a choir’s harmony blends over a small computer speaker versus being surrounded by sound.  But even with online classes, Ridgefield choir teacher Bobbe Whetsell thought her students should be able to hear how they would sound in concert.  So she painstakingly compiled dozens of student videos into a virtual “concert”—for each of her five classes.

When classes had to go online back in March, Whetsell and her music department colleagues shifted gears to teach music history, musical notation, and other non-performance topics.  “The students adjusted really well,” Whetsell said.  “They understood that singing together wasn’t so easy to do right then.”

Over the summer, Whetsell and her colleagues tried to figure out how music teachers could tackle the change to remote learning as they moved forward.  By the time school started again in August, they were able to upload sheet music into Google Classroom so students could see the notes and the lyrics.  They could divide up in breakout rooms to learn each vocal part.  And students could perform solo or in small groups.  But it was hard to create music all together.  The pace of learning songs was somewhat slowed by the limitations of the online classroom.

By the end of the grading period, each class had learned at least one song for performance.  Whetsell recorded herself playing the song on piano, then had her students record a video of themselves singing along.  And when she got the videos back, she decided to try to put them all together.

“I’m not really good at technology, so it took me a long time,” she laughed.  But she blended each of the separate student videos into a single choral performance.  In all, Whetsell spent over forty hours editing and compiling the videos for her five classes.  “I wanted to honor the work that they put in and show them what it sounds like together.” 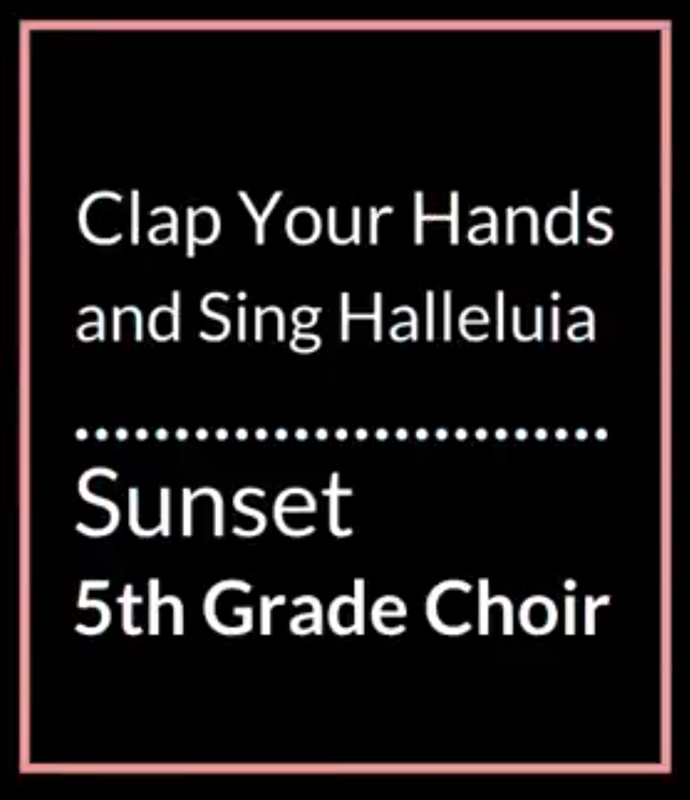 Whetsell had seen earlier in the year how music impacted her students.  As a reflection exercise, she asked students to choose a song that reflected how they felt right at that moment.  And the response was overwhelming, with students responding with their song choices and a range of emotions—isolated, scared, sad, mostly okay.  “Sometimes their emails were hard to read.  But music gave them a way to express it and work through it.”

The videos were a way for Whetsell to give music back to her students, a way to bring them just a little closer to what a normal choir would be like.  She emailed the videos to students and parents so they could have a virtual concert viewing together.  Even if they couldn’t perform in an auditorium for this concert, they could still share their music.  Whetsell was proud of her students and thought their performances were wonderful.   She beamed, saying, “I wanted them to hear it and be inspired.”