This search form uses an instant search feature. As you type, search results will appear automatically below the search field. When you've entered you desired search terms use tab to navigate through the available results and hit enter to open the selected page or document.
December 7th Commemorations Mark Pearl Harbor Remembrance Day
rsd
Friday, December 07, 2018

Special services will take place today to commemorate Pearl Harbor Remembrance Day, December 7, 1941, the day when a surprise attack by the Imperial Japanese Navy at Pearl Harbor, Hawaii, took the lives and injured many American service men and women.

More than 2,000 American citizens were killed, and more than 1,000 were injured.  A large proportion of American battle ships and nearly 200 American aircraft were lost.  The event led to the escalation of World War II.  The day after the attack, President Franklin Roosevelt declared war on Japan in a speech to Congress, in which he notably stated that December 7th was “a date which will live in infamy.” 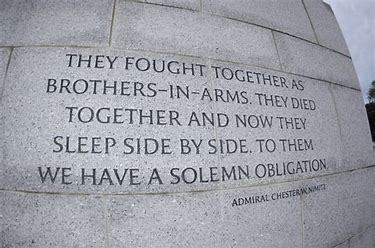 Two memorials have been built at Pearl Harbor to remember the events of December 7 and to honor the military personnel killed in the attack.  The USS Arizona Memorial, dedicated in 1962, is a marble structure built over the actual sunken battleship.  The USS Utah memorial, located near the location where the battle ship was attacked, was dedicated in 1972.

Many organizations, especially those linked with Pearl Harbor survivors or those who died from the attack, will participate in numerous memorials held at venues nationwide.