This search form uses an instant search feature. As you type, search results will appear automatically below the search field. When you've entered you desired search terms use tab to navigate through the available results and hit enter to open the selected page or document.
RHS Students Attend 25th Anniversary Screening of Schindler's List
Marie Bouvier
Tuesday, March 05, 2019

When Schindler’s List celebrated its 25th anniversary, Steven Spielberg used the event to introduce a new generation of young people to the film’s important message.  In conjunction with the University of Southern California’s Shoah Foundation, Spielberg offered free educational screenings of the film for high school students and teachers across the country.  Some classes from Ridgefield High School were selected to participate.

In an interview, Spielberg said, “It is difficult to believe that it’s been 25 years since Schindler’s List first arrived in theaters.  The true stories of the magnitude and tragedy of the Holocaust are ones that must never be forgotten, and the film’s lessons about the critical importance of countering hatred continue to reverberate today.”

Spielberg hosted a webinar for teachers prior to the screening to prepare them to teach the movie and to give his perspective on the movie’s re-release.  He shared stories about the production of the film and the relevance of the film’s story to present day.  Spielberg asked that students always maintain awareness of history, because it demonstrates what standing up against injustice versus not standing up against injustice can do.  He hoped that students would be the ones to lead positive change into the future. 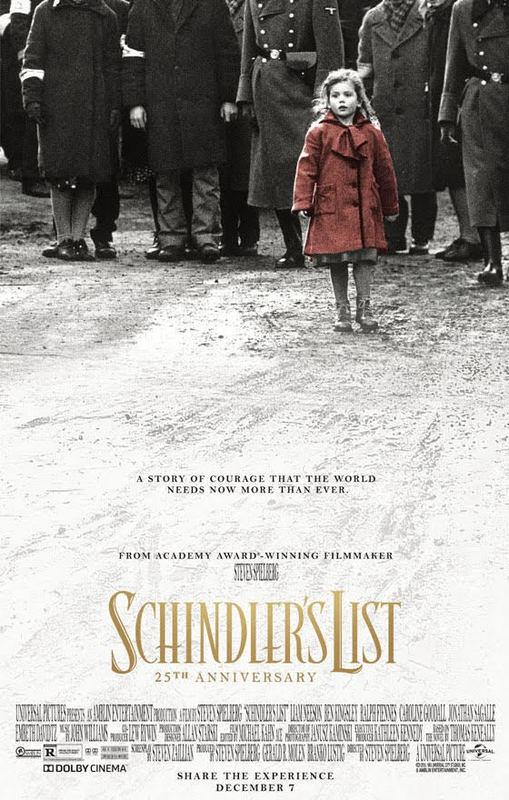 The movie re-release came at the same time teachers Brittany Rodin and Jamie Heim were starting a unit on the Holocaust.  Night, Elie Wiesel’s firsthand account of his experience in a Holocaust concentration camp with his father, is part of the junior curriculum and is required reading for students.  Adding the screening of Schindler’s List to the unit, as well as artifacts, photos, and books from the Holocaust Center for Humanity, served as a foundation to teach students about the events of the Holocaust.

With parental permission, the students attended a screening in Portland, where the entire movie theater was closed to accommodate the large number of showings.  When the students returned to the school, they discussed the film, processing its message.  “The movie viewing was a powerful experience for our students,” Heim said.  “Most of the students agreed that viewing Schindler’s List helped them to better understand the atrocities that took place during the Holocaust.”

Student Kena Anselmo said, “I believe viewing this film should be part of the junior curriculum.  Watching this movie opened my eyes about racism and bullying; these small things can lead to something as big as a genocide.  Learning about what happened to Schindler and the Jews he saved was beneficial, because it taught me that one kind soul can change thousands of lives.”

Additional learning opportunities and more information about the USC Shoah Foundation and its partnership with Schindler’s List are available at https://sfi.usc.edu/schindlerslist.