On Friday, May 29, RHS’ Thespian Troupe 8635 held their end of the year induction ceremony and celebration via Zoom. At this ceremony, Troupe 8635 inducted 13 new Thespians, honored their graduating seniors, and announced their officers for the 2020-2021 school year. 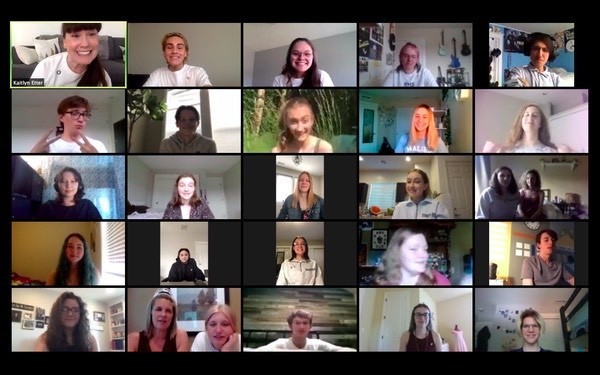 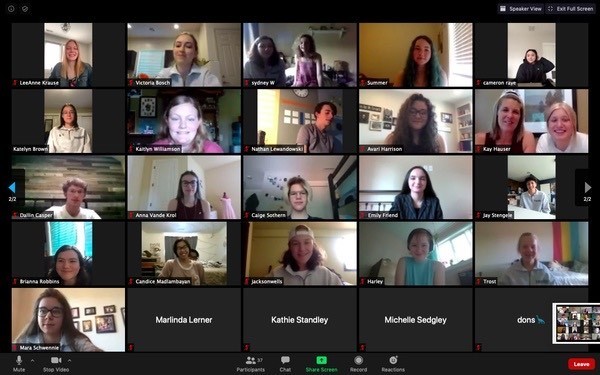 The International Thespian Society (ITS) is an honors association for high school theatre students. ITS alumni include Tom Hanks, Val Kilmer, Julia Louis-Dreyfus, and Stephen Schwartz. Worldwide, approximately 5,000 schools participate in ITS, and as of 2019, there have been over 2.4 million Thespians inducted since the organization’s founding in 1929.

In addition to the new inductees, the Troupe inducted its first Honorary Thespian, Kay Hauser. Senior Sebastian Rojas Rincon said: “ITS describes an Honorary Thespian as someone who does outstanding service and supports the mission and purpose of the International Thespian Society. We could not be more grateful for the amount of time she puts into the department. To give thanks for everything that Mrs. Hauser has done, we would like to give her the title of our first Honorary Thespian.”