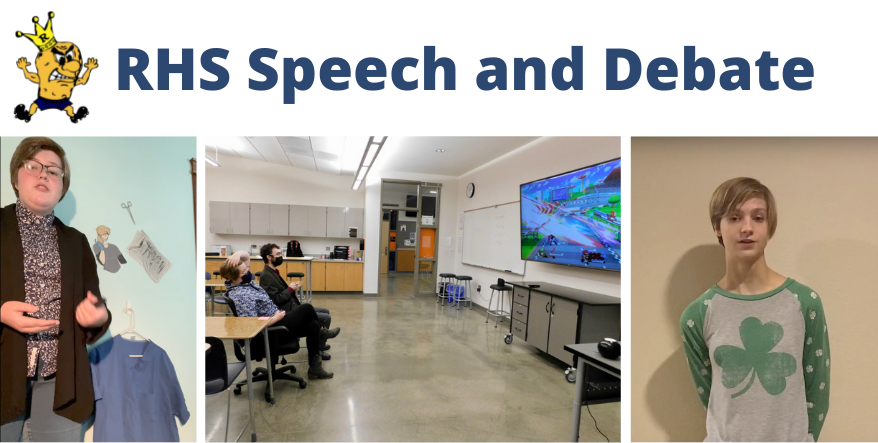 The Ridgefield High School speech and debate team has a long and storied history. This season marked their 23rd year hosting the Spudder Invitational Tournament. This year’s Spudder team is living up to that long legacy with a winning season in the leadup to district and state tournaments.

In speech and debate, only the district tournament qualifies students for state level competition. But coach Michelle Hamman sees other tournaments as a great opportunity to practice. “Our season is mostly about developing skills,” Hamman said, “so by the time you get to district, you’ll be ready.” With a strong record across multiple tournaments, this year’s team will be well prepared.

The Spudder Invitational Tournament in December was held via Zoom in order to comply with the differing COVID restrictions of participating schools. Some events were held live online, and others were pre-recorded for judges to review. Speech and debate team members participated in the live events from classrooms at the high school.

Between events, debate team members continued competing against each other by playing video games during their down time. That competitive spirit paid off, with Ridgefield team members taking first, second, and third place in the open expository (informational) category, as well as second and third place wins in novice humorous interpretation, open impromptu, and Congressional debate.

In other competitions, including the regional Heritage T-Wolf Invitational and the Prairie Falcon Invitational, the students also had numerous top-three wins. In the national Mount Vernon competition, Xander Johnson made it to finals in Congressional Debate, and Abigail Brown placed second in Spontaneous Argumentation (SPAR) Debate and fourth in Congressional Debate.

Hamman is extremely proud of the students’ success. “The team has grown in both strength and size from last year,” Hamman said. “A fair amount of our team is new this year, and they are bringing it. The students on the team are doing amazing!”

With a little luck (and a lot of time spent preparing and competing), the Spudder debate team hopes to close out their season with a few more wins.

Recent finishes for the RHS Speech and Debate team