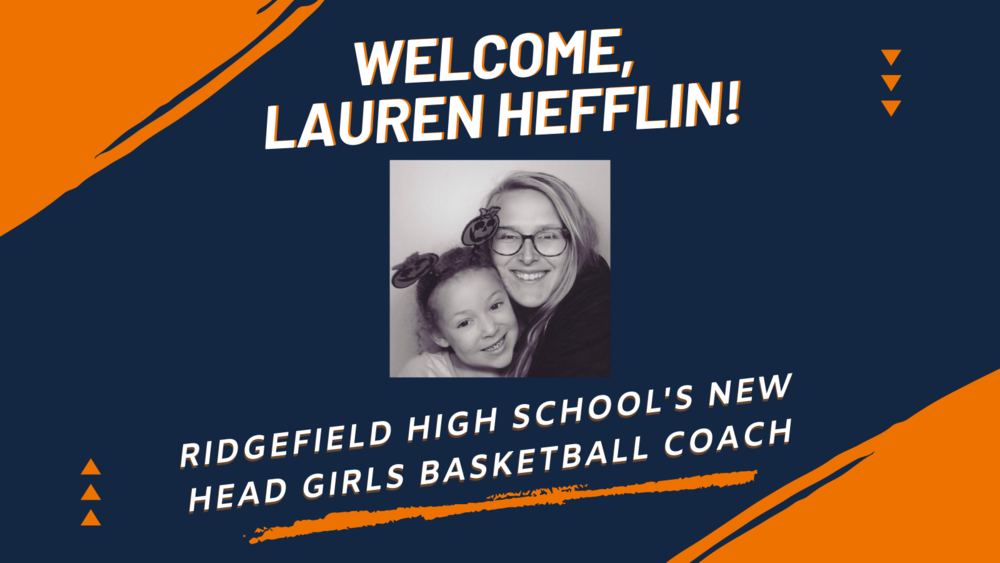 After spending the past decade moving around Oregon and Northern California, Lauren 'Lo' Hefflin is beyond excited to be back home in Ridgefield! Hefflin's basketball career began here in the third grade through Community Ed and continued with a successful career as a Spudder, helping her team earn four trips to the State tournament.

Upon graduation, she attended Western Washington University and played four years of basketball for head coach Carmen Dolfo. Upon completing her college eligibility, Hefflin became a student assistant coach for the Vikings. After meeting her now husband, Jordan Gulley, in Bellingham, they began their post-collegiate journey together following his Wildland fire career, coaching basketball along the way.

For the past decade they have grown their family and are very excited to settle back here at home with their daughters. Hefflin recently accepted the Ridgefield High School Head Girls Basketball Coaching position and is honored to be part of this program yet again. She looks forward to mentoring this next generation of student athletes to success on and off the court.